Moneyball is a rather famous book about the use of statistics in coaching. So famous in fact that it is a book about statistics in sports that people outside sports/stats nerds have heard about it. It was even adapted into a highly billed movie.

The movie is about the methods developed by the Oakland A’s baseball team in the late 90s and early 00s to find a player’s value through statistical methods, rather than traditional evaluations. This would allow the team to identify undervalued players and build a roster based on empirical evidence. This field is known as Sabermetrics, a name which unfortunately has no connection to swords and is instead derived from the Society for American Baseball Research (SABR).

I don’t care about baseball, but the approach to statistical evaluation is fantastic. And being a boring sport where people stand around for most of the game, baseball gives some very nice data to play with. Unlike a far more dynamic and interesting activity such as swordfighting.

Value Above Replacement, VAR, is a statistic that was developed in baseball and the idea has been spread to many other sports. (Apparently the proper name is Value Above Replacement Player, VARP. But that is more awkward so I’m keeping VAR). First we have to be able to establish the value of replacement.

For a concrete example, let’s imagine you are competing in a teams tournament, and have a roster of 5 fighters. We can assign all of them a number based on the one true and comprehensive assessment of a person’s worth: their HEMA Rating.

This is, of course, a rather heartless approach. Which is exactly what you want if you are running a for-profit team that is paying millions of dollars in salary. In HEMA we probably don’t want to kick people to the curb so easily, but you get the idea. 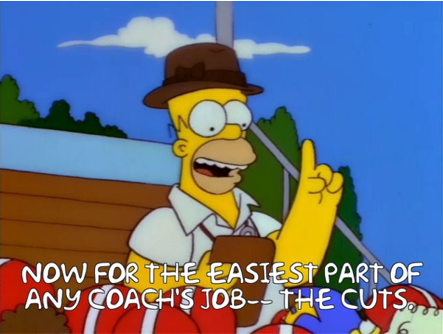 VAR is Not New

The concept of VAR in sports is a recent development, but it is a very old idea in the business world. There are fancy terms for this like Internal Rate of Return (analogue of Value) and Minimum Acceptable Rate of Return (analog of Replacement). Unfortunately my engineering economics 101 notes don’t have a term for (IRR – MARR), which would be what the Value Above Replacement is.

I’ll now switch to using swords as an example so that I can keep your attention. Imagine you have a nice shiny new $500 Uberfechter sword in your hands, and can stop using the club loaner Leichtfechters (MSRP: $300). In this case you have a value, $500, and a replacement, $300, for a VAR of $200. As soon as your Uberfechter gets so beat up it is no longer nicer than the club loaner Leichtfechter you have a negative VAR, and should switch to the replacement option.

The term Value Above Sparring was coined by Tea Kew (Value Above Sparring) in an article about the effectiveness of coaching methods. The premise is that you will just about always make your students better through coaching. But your students will also get better by just fighting. What you as a coach must add is not improvement, but a level of improvement which exceeds that of the students sparring with no direction. As expressed by Tea:

There are other ways you can extrapolate this concept. At one point I was coaching a group of students who were experiencing a high amount of success. However they were also training multiple times a week, and I was fairly certain that the people they were beating were training less. So was it better training methodology that was helping, or was it just a case of training more?

The idea of VAR is not to make coaches insecure about themselves (impostor syndrome is already very prevalent among coaches) but to give a tool with which to evaluate all activities. Paraphrasing another coach “When the group took a break for COVID I noticed that the students who met up to spar were improving faster than when I was coaching them directly. So I shifted from doing set drills to figuring out what specific sparring games I could create to address their training needs.”

There are several traditional coaching methods which are not necessarily the most effective training you can do. By learning more and trying to improve your practice structure you can try to get as high a value above sparring as possible.

Slow is slow and fast is fast. And don’t let anyone tell you otherwise

<Placeholder for external cue article I write in the future>

Wait, wait. I thought you were going to talk about sabermetrics for HEMA

Did a little bait and switch on you there didn’t I? The current state of HEMA analytics is that we don’t have anything like sabermetrics and don’t have the data to even start developing it. I have started with HEMA Scorecard, but the data gathered is so granular that only surface level conclusions can be reached. Some of the trends that have been emerging so far:

1) Having weighted targets won’t typically change who won the match. The person who hits more wins just about every time.

A Win is a Win: How Weighted Point Values Don’t Affect Match Outcomes

Is It Important To Weigh Target Values?

2) The first exchange is a pretty decent indicator of who is going to win, about 75% accurate.

First Blood, First Win? How Important Is the First Exchange 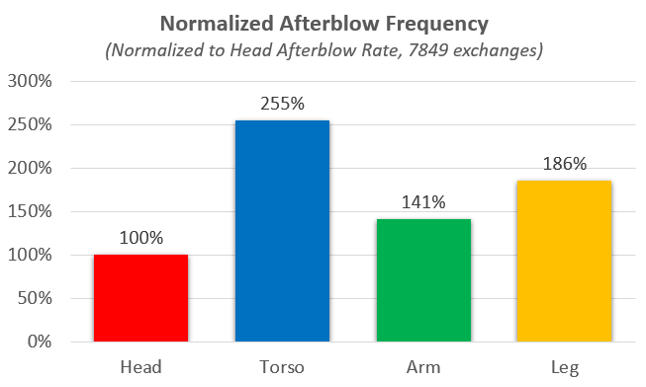 4) HEMA Ratings is a pretty good predictor of match performance.

HEMA Ratings – Does it actually mean anything?

5) Double hits, afterblows, and target areas all have very small correlation to who actually wins. All that matters is who hits more. (I haven’t published much on this, because like all negative research results it gets overshadowed by things that are more exciting to read.)

About Sean Franklin 102 Articles
Sean has a Bachelor's Degree in Mechatronic Systems Engineering, and is currently employed as a Controls Engineer. He is passionate about developing more analytical ways to view sword fighting, wishing to develop evidence based standards for protective gear and rule sets informed by tournament statistics. His martial arts history includes competitive success, medaling in international competitions for Longsword, Messer, Grappling, Rapier, and Cutting. In addition to competition Sean has been invited to instruct at a number of events across North America and Europe. For non-STEMey coaching topics Sean posts on https://www.swordstuff.blog/