“Slow is smooth and smooth is fast.”

This adage is used to illustrate the fact that speed is gained through efficient movements, rather than just trying to use as much force as possible. And in a lot of ways it is true.

Understanding how your body moves is paramount to any skill, and you need to take time to go slow enough to appreciate what is going on.

Indeed. But training slow also gives the body an incomplete learning experience. There are many ways in which the same action performed at different speeds will exhibit different muscle and neurological activation. Three reasons which stand out in particular:

Quasi-static is a cool name for something that is moving, but not fast enough that one needs to  consider dynamic effects like momentum. Let’s turn to the book-on-foot example I used in Force, Deceleration, and how to stab through a tank.

A quasi-static system is one that is moving, but slow enough that you can ignore the dynamic effects when calculating the forces. If you raise your foot into the air while balancing the book it is a dynamic system, because the book is no longer standing still. But the amount of force you feel on your foot really isn’t much different, enough that we can ignore it in most cases. This is what a quasi-static system means.

The same principle is at play when playing with swords. An example:

It is well known that the counter to a cut to the leg is to: 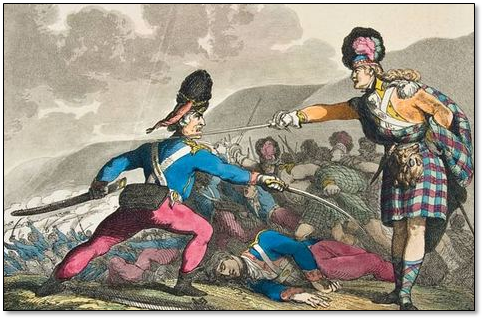 In some senses it is a ‘perfect’ counter, in that if executed properly you are striking them as their weapon is extended and they have no means of defending. I have even heard some say that because such a counter exists it is completely unrealistic that anyone could ever execute a leg strike. But this is an assertion which clearly smacks of a poor understanding of how momentum affects sword fighting.

To execute an attack to the leg safely one must first provide some sort of distraction to occupy the opponent’s sword, lest they be vulnerable to the counter described above. A simple setup is to drive forward with a thrust and roll into a leg cut as soon as the opponent begins to parry the initial thrust. In order for a defender to effectively deal with this and counter attack they will have to:

Had the two been working at slow speed the defender would have a slightly different process:

By moving at slow speeds you can skip half the process! Training exclusively like this will cause the defender to develop a skewed understanding of their ability to defend and counter, and the attacker will not learn to capitalize on the opponent’s movements and body momentum.

The fact is that by moving at quasi-equilibrium speeds you effectively create a whole new ‘game’. There are some things that are the same, and some things that are different. No better or worse than artifacts from other forms of training, unless you are unaware of their existence. 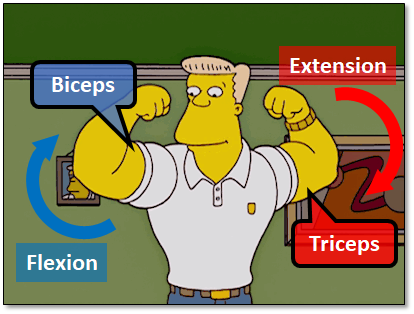 Side Note: Normally when one is active the other should be as relaxed as possible, so not to fight the motion. This is known as reciprocal inhibition, and a lot of times our body isn’t as good at it as it should be. Which is one of the reasons technical training can help speed us up so much. We literally are teaching the body not to fight itself.

This means if your sword is accelerating at exactly 9.8 m/s2 you don’t have to add any energy to it, you just let it fall. If you want the sword to go faster you have to engage your muscles and make it go. And if you are swinging slower than 9.8 m/s2 you are engaging your muscles to hold the sword up. Completely opposite muscle groups!

In addition to the muscle groups holding the sword, you have a lot of muscles which need to be engaged in stabilization. Whether it is the big muscles in your trunk and shoulders keeping the sword moving in a flat cutting plane, or the small muscles in the hand and wrist maintaining edge alignment, there is a lot going on.

As you train, the muscles are all learning to get along and play nice, working together in nice happy harmony for the purpose of cutting down your opponent in a gruesome fashion. But if you have always trained the muscles which hold the sword up what happens if you actually commit to a cut in earnest, and use the muscles which pull the sword down? They don’t know what is going on! You just brought some completely new muscles to the party, and no one knows anybody. 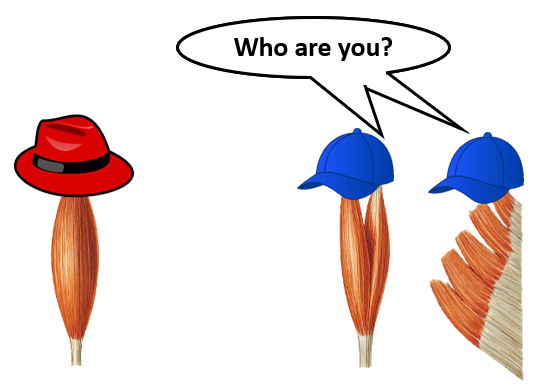 Did you know that the body likes to coordinate things differently at different speeds?

There’s a speed-dependent mechanics transition that we are all familiar with: walking to running. Below a certain speed the running motion is just plain awkward. Above a certain speed you will find it very hard to keep a walk from breaking into a jog. Maintaining the walking form without allowing any running form to creep in is one of the hardest things in the sport of speed walking. (Yes, speed walking is a sport. It is an Olympic event and they can walk faster than you can ever dream of running.)

Not only does the speed of movement affect the movement pattern, but it affects how you coordinate both sides of your body. Take this cool experiment:

Participants were asked to move their fingers back and forth in time with a metronome that was gradually speeding up. All participants began moving their fingers out of phase, that is to say they moved their fingers towards each other then apart. But at some point as the speed kept increasing they spontaneously switched to keeping the fingers in phase, with the fingers moving in tandem. This is an example of the body displaying two different movement patterns as it transitions from slow to fast motion. 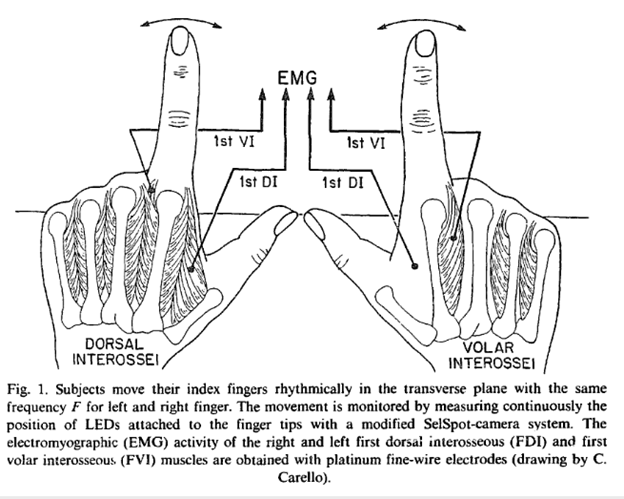 It’s crazy that your body can jump to doing a completely different thing just because you change the pace at which you’re asking it to do a task! Ever notice how in Sword and Buckler tournaments people quickly start moving their sword and buckler completely independently, and in a very different manner than they exhibit when performing drills? It’s because once the intensity is kicked up a notch their body starts relying on completely different movement patterns. And if they haven’t trained those high speed movement patterns… you can have a pretty good idea how artful it ends up looking.

So is training slow bad?

No! Training slow is great and an invaluable asset to your toolkit.

To exit with some personal commentary, in my pre-HEMA life I trained in competitive kayaking.

When paddling you have to match your paddle speed to the water. Go any slower and it will send you lurching to a halt and probably throw you into the water. And there is a minimum speed that you can realistically paddle a sprint kayak while maintaining a normal stroke. (Think like riding a bicycle. You have a lower functional limit). Which means that there is a minimum speed that you can ever move your paddle, no matter how much you want to take the time to break your technique down.

When I got into HEMA the ability to go as slow as I wanted was the best thing ever! I could move at exactly the speed to feel everything. I could watch all my joints moving if I was having difficulty with a part of the motion. Even to this day I am grateful every time I can train at a super slow speed.

But that doesn’t mean that I am not aware of the limitations of this and know the role of high speed training. The quote “If you can’t do it slow, you can’t do it fast” is not without merit, but to be considered valid you have to also be aware it should be followed with “But just because you can do it slow, doesn’t mean you can do it fast”. Low speed is where you get a basic understanding of the motions. High speed is where you actually can program your body to move the way you want it to under stress, and get a true understanding of the timing involved.