Doubles. Whatever your stance on them, we can all probably agree that in a majority of sparring cases, they are not ideal. They score you no points and, in some tournaments, can even cause you to outright lose a match if you do it enough. In case you aren’t familiar with doubles, let me take a moment to explain this action. A double occurs in sparring when both fighters land a strike on each other at approximately the same time. This may not seem like such a bad thing to the uninitiated spectator; it very much just looks like “Oops! We tied!”. Below is an image of the so-called “tie”.

Kinda looks like both people lost, doesn’t it? The general idea is that you should be keeping yourself safe from strikes by using various guards, cuts, and footwork, even while you are on the offensive. This is why doubling is generally frowned upon– quite literally, too, if you look at HEMA Scorecard.

Given that doubles are often not a great thing, I decided to see if I could build any model that would accurately predict doubles. I tried talking with Sean about it, but he told me he’s tried and it can’t be done. But Sean isn’t a data scientist, is he?

This predictive modeling exercise uses data from HEMA Scorecard, but there are some things to keep in mind about what limitations this data has, as well as what self-imposed restrictions I’ve placed on the data:

The things we are going to try to predict are:

Percentages are determined by taking the number of doubles divided by the number of strikes with clean, double, and afterblow counting as strikes.

Keeping these things in mind, let’s get rolling with the fun stuff.

As mentioned, the data we are using comes from HEMA Scorecard. After filtering out everything discussed above, we are left with information on 12,772 matches from 277 tournaments at 80 events. When creating predictive models, it is a good idea to have training and testing data sets. The training data set is what the algorithm will use to build the predictive model, while the testing data set is used to validate the model; this is to see if the model can perform well on unseen data. Therefore, the data was split into training and testing sets, with 67% of the data belonging to the training set.

The following are the variables that are being used for the tournament-level analysis:

In addition to the above variables, we also have these variables that we can use for the match-level analysis:

If you’re thinking to yourself, “Some of these variables seem highly correlated”, you would be correct. Highly correlated predictor variables can do some wonky things with models, but I promise I take care of it during my processes; I’m not going to go into the details, though.

If you have read my previous article here detailing all the information about the most common types of predictive models, you will know that regression modeling is the first step pretty much everyone takes when doing modeling.

Let’s first check our tournament-level data to see what the distribution looks like:

Yeah, this really isn’t predicting things very well. If this model had good predictive power, we would see the blue dots falling perfectly on the red diagonal line. So it looks like regression modeling isn’t going to get us there for finding tournament-level counts or percentages.

Let’s repeat the process for match-level counts and percentages. Again, we’ll start with some histograms to get an idea of the data’s distribution:

Once again, we can notice that our counts data looks Poisson-distributed. So you know what we are going to do next!

And, again, we see that the Poisson regression on the counts doesn’t really inspire confidence in its predictive abilities:

One interesting takeaway from this graph, though, is that the model does not seem to do well at predicting high counts of doubles– in fact, it doesn’t seem to classify any match as having above 5 doubles.

Decision trees can work with numerical data as well; in these cases, they are called regression trees. They work very similarly to the standard decision tree in the way they create their rules, but their splits are based on values that are above or below the split point, and the value at the terminal node of the tree is the average of all the observations that end at that node from the training data set.

First we will do regression trees as well as random forests on the tournament-level data. Here is what our decision trees show for predictive ability:

We see on both these graphs that the data sometimes falls well enough on the diagonal line, however there are a few observations that are pretty far away from that line as well. If you think that the random forest is tighter around the diagonal, you would be correct. In fact, the R-squared of the random forest is about .45, which indicates that there is a bit of predictive value! 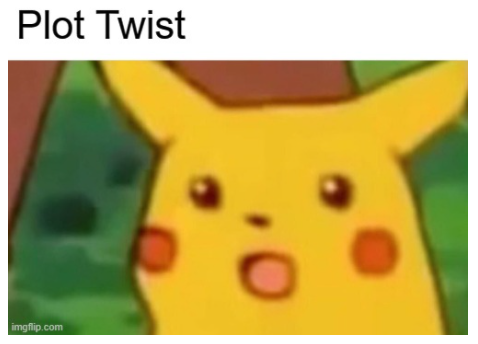 Wish I could say this was good enough. Not only is this R-squared not particularly high***, but it also doesn’t paint a very good picture about the consequences of the model’s shortcomings. One metric that we can use to tell us about the relationship between the predicted and actual counts is the Mean Absolute Error, or MAE. This tells us the average amount the predicted value is off by. In the case of the random forest, the MAE is approximately 30. Think about it this way: if a tournament has 30 doubles but the MAE is 30, that means that on average, the predicted value for that tournament will be either 0 or 60– a 100% difference. Over 60% of tournaments in our data have 30 or fewer doubles.

These are honestly some of the worst predictive models I’ve ever seen.

So, what’s next? Nothing I want to explain particularly in-depth, but I’ll go over the high-level attempts, which all ended in failure.

Clearly this shows that not everything can be predicted. There are many explanations for this: the correct variables to explain the pattern haven’t been found, the variables that can explain the pattern can’t be measured easily, the solution may be too complex, the right type of model may not have been used, among various other reasons.

I’m not quite ready to throw in the towel, and I’m especially not ready to tell Sean that he’s right. Seems like it’s time to do a little extra research so that maybe I’ll be able to figure out something that will save me from this horrible failure.