To my delight, and the delight of everyone who gets to watch it on YouTube, the SoCal 2020 finals were filmed with a 120 fps 4K camera. While I typically don’t get super excited about the inexorable march forward of recording technology, in this case it gives me an opportunity to do some motion analysis of the fencers in the matches. Normally swords move much too fast for a typical phone camera to capture – the blades are a complete blur. Using this footage I am actually able to clearly see the blades in motion.

For this article I will be breaking down a thrust delivered by Robert Childs, undoubtedly one of (if not the) best rapier fencers in the world. It is particularly interesting because the movement of the sword happens in a way that may not be intuitive to some people.

Having watched Rob fight on numerous occasions, I would classify this as very typical for his attacks. And there is something extremely interesting when we take a look at the tip speed. 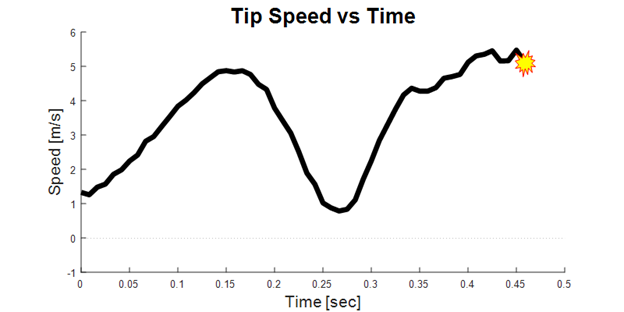 The sword tip comes to almost a complete stop during the motion! What we see here is a classic case of “bring the point online, then attack”. Despite the attack seeming like it happens at lightning speed, it is actually two distinct motions. But let’s break it down even further. 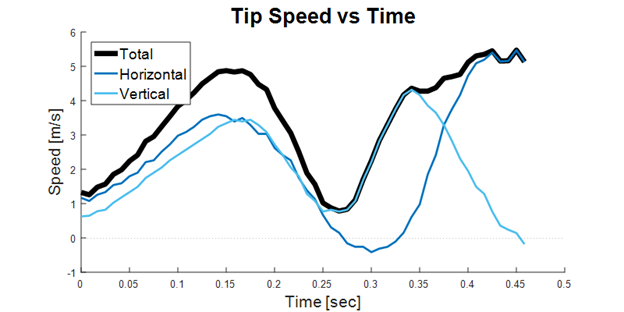 Using this plot I would break the attack into four different phases, based on the tip kinematics.

This seems like a lot, and the whole thing is wrapped up in half a second! 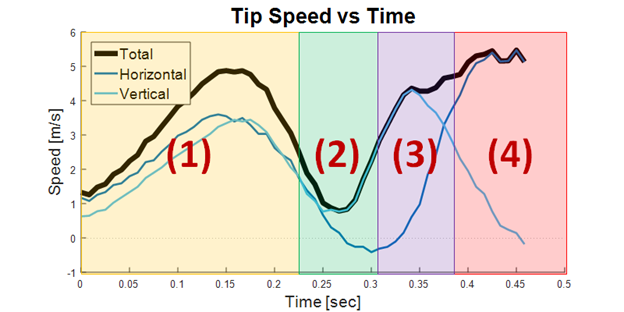 1) Bringing the Point to Bear 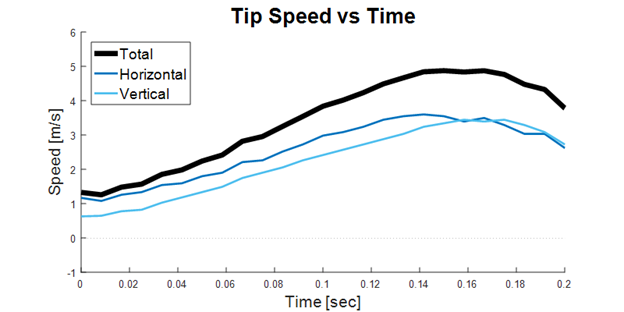 This action begins from a low guard, with the point not on target. Naturally the point must come up in order to achieve any offensive threat. When doing so we see two movements, the rising of the tip, but also the movement of the tip towards the opponent. 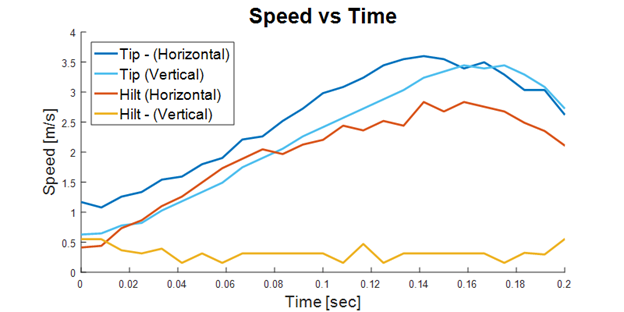 Looking at the motion of the hilt gives us more information. We can clearly see that: 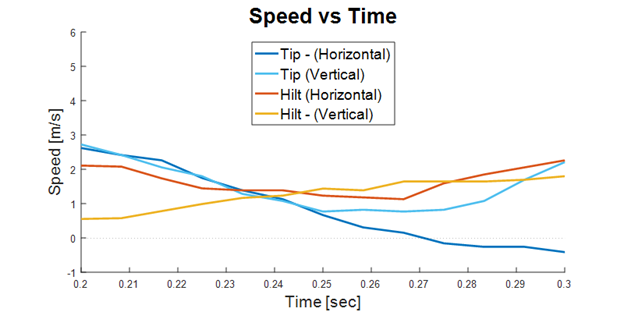 At first glance this doesn’t appear to tell any story, just a mess of lines. And just like untangling any mess of cables, we start one at a time.

Hilt Speed – We don’t actually see a lot of change in the hilt speed here, it continues its slow journey towards the opponent. What we do see is the hilt start to raise.

Tip Speed – The tip is starting to come to a standstill. The vertical speed drops significantly, but then starts to rise a bit. The horizontal speed comes to a complete standstill, the tip is not moving towards the opponent at all!

Length: Approximately 60-80 milliseconds (depends where you want to put the transition point.) 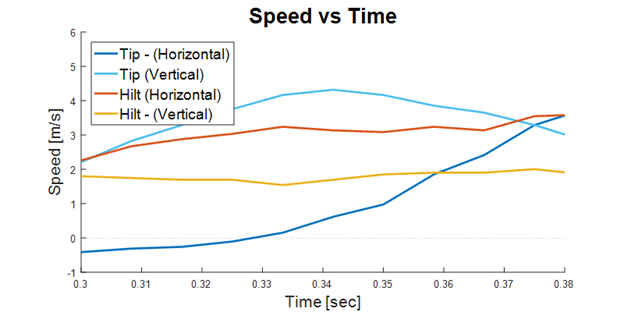 Here we see the advantage of bringing the point online in a controlled fashion. There is a significant adjustment of the point before the tip starts shooting forward, towards the end of this phase.

The key motion here is a lot of vertical motion of the tip, as it is raised even higher to bring it on the eventual thrust target. The horizontal speed is kept quite low when this is happening, until it starts to shoot up rapidly at the end. 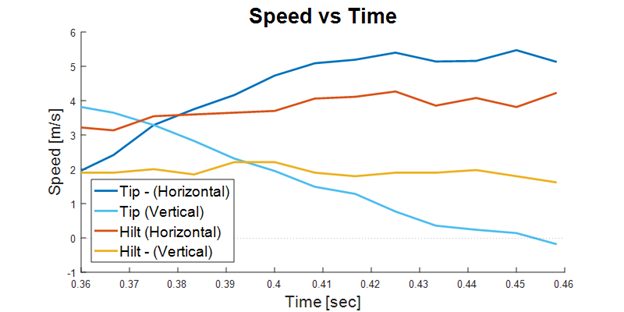 Here we see the horizontal speed dominate, as the tip flies forward towards the opponent and the vertical speed is decreasing. Had the opponent’s arm not blocked the camera we would see a nice steep decrease in the tip speed as it made contact, but as it stands we take the end of the data as the impact point of the thrust.

This breakdown is an excellent example of the “bring the point online, then thrust” concept in action. Rather than a choreographed execution it is a thrust performed in a tournament final, with the fighters focused on their opponent, rather than polishing their technique. In essence this type of analysis can show what a fighter really trains, rather than what they want to

I look forward to gathering more high-quality footage so that more analyses on different fighters and motions can be performed, and we can get a much better understanding of what is actually happening out there, rather than what we think is happening.

(Note: Once you know to look for all of these things, they become much easier for a trained eye to see in real time. Which is, IMO, the best use of video analysis; honing your real time perceptive abilities.)

Want to know more about point control from an abstract point of view? Control Theory

You may have been perplexed by the times where there is horizontal motion in the hilt, but not the point. And so was I.

It turns out that Rob’s sword is magically getting shorter as he is thrusting! Obviously this is impossible, and represents some sort of issue with the analysis. Possible sources of discrepancy are: 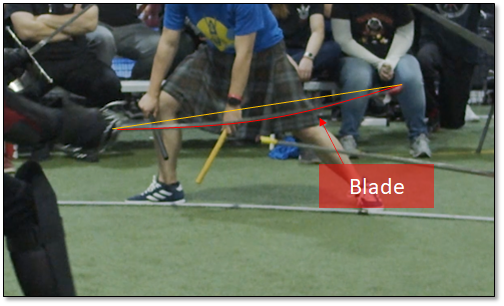 But, when you work out the math you see that the blade doesn’t get that much shorter unless it flexes a lot. A quick test with my blade at home, and it would have to be bending about this much to account for the blade length we see disappearing. 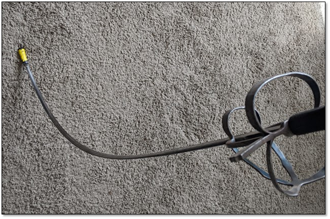 Change of blade angle with respect to camera

Viewing something from the side will distort the length if the object isn’t completely perpendicular to the viewer, due to the effect of projection. 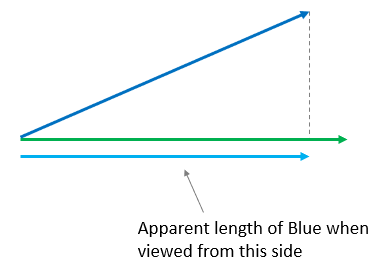 But the blade has to move quite a bit to the side before it starts making a big difference. And we can clearly see from the footage that the blade is not rotating massively to the side in this action. 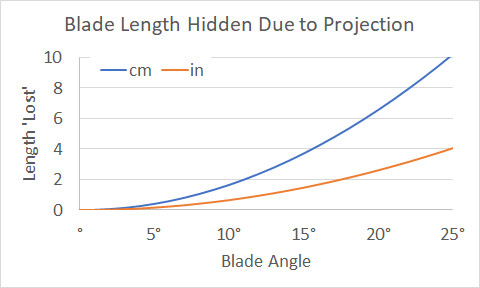 So if it is suspect, why publish? While the exact speeds are now somewhat suspect, the trends I am describing are still all present. They are easily enough identified just by watching the footage without any motion tracking necessary. So I’m not concerned that I’m pulling conclusions out of thin air (if I didn’t have this confirmation I certainly wouldn’t have written this).

But the smallest journey begins with a single step. If I wait until everything is perfect I get nothing done. Here is hoping that this is the building block to a much better body of HEMA video analysis.