When I published Do Swords Really Wear Out? I was accused of robbing people of the ability to justify sword purchases. Fear not, I am here for the community. Just in time for Christmas, here are five totally valid scientific reasons you can use to justify the new sword purchase.

Everything has some variation in its construction. The less variation, the more you pay. Which is why a high-precision nut they use on the Space Shuttle is going to be several times more expensive than the couple of cents you will pay buying in bulk at the local hardware store.

Adding or removing a few millimeters can seriously affect the performance of a blade. Which means that even if you are buying the exact same model you could be getting a whole new experience. Look what happens when I do some math on a light sidesword blade, completely ignoring most of the weight in the hilt. 120% is a massive number, how can you afford not to get a second sword?!

(What is the Moment of Inertia?)

Reason #2: Boost Your Self Control

There is a psychology theory which states that self control exists in a finite quantity; depleting as you use it up and requiring time to replenish. For example, if you have to exercise a lot of self control at work you will have less of it to go around in the evening when you get home. Which means that focusing on not buying a sword is robbing you of valuable self control stamina that could be better directed to much more important tasks. I don’t think I am understating it when I say that giving in and buying that sword is the first step to getting your life back on track!

You may not appreciate this fact, but the “same” sword is often subject to improvements over time. Take a comparison between my 2012 Cold Steel Hand and a Half longsword, in comparison to a more recently produced sword of the same model. 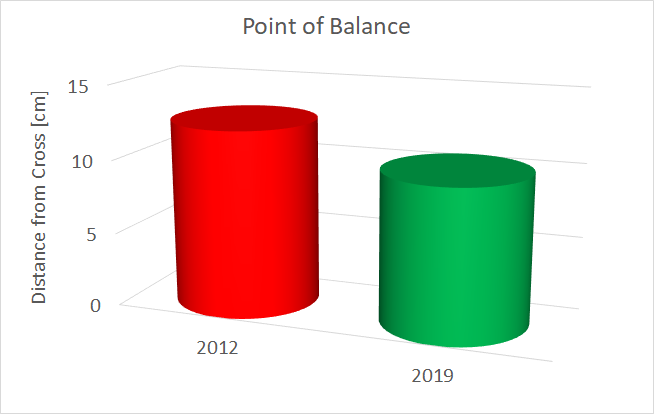 You owe it to yourself to keep with the most up to date model, so that you can fully appreciate the current state of the art!

The steel in swords undergoes heat treatment to become a structure known as Martensite. If you read my article Steel: What? you would know that Martensite isn’t the natural structure for steel, it is essentially flash frozen in place when you quench it. But the blade isn’t exactly “frozen”. So long as you don’t store your swords at -237° C there is some sort of energy about, and a few of those sneaky molecules are always trying to rearrange themselves right under your nose! Your swords are slowly losing their temper as we speak! Don’t worry about how many thousands of years would be required for this process to make a noticable difference, you need to replace these old soft blades.

Sword making is a niche profession, and it isn’t something that makes people wealthy. These people need our support. The following conveniently context-free quote from careertrend.com’s section on Bladesmith Salaries should make you realize just how important it is that you get out there and purchase your next sword.

“..based on projections made by the Bureau of Labor Statistics for the period from 2008 to 2018. The bureau projects rapid decline at a rate of 13 percent in terms of the number of jobs in this field.”

Be sure to think of all of those poor sword makers before you have the gall to decide that you can selfishly decide to not purchase another blade.

Go away. If you wanted context you wouldn’t have read this article in the first place.

To get an estimate for the moment of inertia I modeled the Hanwei Sidesword Blade as a rectangular pyramid, with the length being the same as the actual blade, and the sides being whatever would give it the volume to match the measured mass of the blade. From here I was able to calculate the moment of inertia for the shape as I increased the thickness.

While most of the weight is in the hilt, the blade does still dominate the moment of inertia. 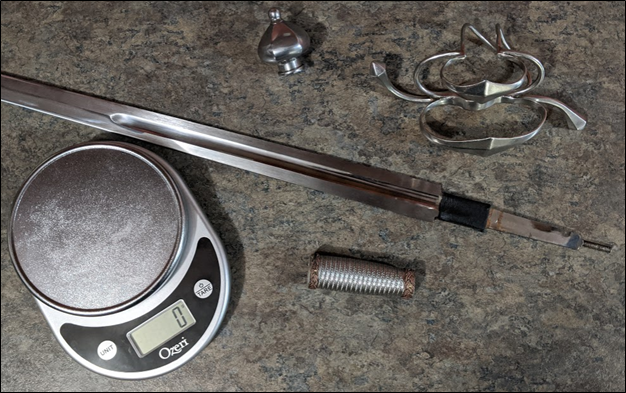 The idea of self control fatigue, known as “ego depletion” came about in the late 1990s, from the research of Roy Baumeister. This, being a catchy idea, exploded into the pop-science consciousness. However, there has been recent push-back due to other studies which fail to reproduce this result. As such, there are papers published which support both sides of the idea.

In order to get the 2019 average I measured 5 new swords, and took the average. Unlike the other “reasons” in this article, this one is statistically significant! My 2012 sword is a 4 sigma deviation from the 2019 average, so it is highly unlikely to be due to part-to-part variation alone.

There isn’t much that can be done to calculate how long a sword would take to de-temper at room temperature. The tables on tempering that exist all cover far higher temperatures, and I don’t know who in their right mind would bother researching something like this. Based on my gut you are likely talking thousands, if not millions, of years. Since I have no idea, I asked a metallurgist:

“Oh Lord, haha I have no idea. Depending on the environment, oxidation would probably turn it into dust before that happened.”

This is the actual quote from Career Trends. A site which has the distinction of being the first one in the Google search results that gave me a quote I could use:

“The overall job outlook for machine setters and operators in the metal-working field appears to not be favorable, based on projections made by the Bureau of Labor Statistics for the period from 2008 to 2018. The bureau projects rapid decline at a rate of 13 percent in terms of the number of jobs in this field. However, the bureau does not provide a separate projection for bladesmithing, a field that is heavily dependent upon the individual efforts of the bladesmith himself.”