I’ve already posted quite a few articles on tournament statistics, but perhaps it’s time to take a step back and talk a bit about what these numbers actually mean.

After all, a number is just a number. Depending on how you choose to interpret it, you can arrive at vastly different meanings. So let’s go on a trip through tournament numbers, and see where your analysis can take a seriously wrong turn.

Let’s start with a decidedly un-interesting parameter. Number of exchanges.

Wrong Turn: Not accounting for scalability. 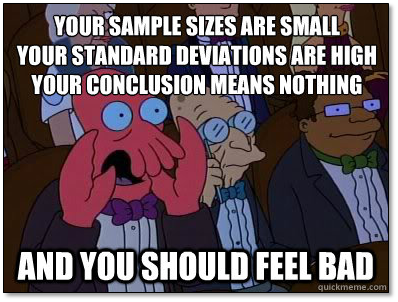 A small, more local tournament functions differently from a large international event. While you can compare numbers across the two all you want, you have to always keep in mind that they are fundamentally different beasts.

Further reading: Scalability: Why bugs are small and tournament rulesets are hard

This is not a number so to speak, but I’m going to mention it here because it affects all of the other numbers.

Changing the quality standards can have a significant effect on the underlying stats of a fight. A double hit in one tournament might be a clean exchange in another. In my anecdotal opinion, having higher quality standards for points leads to a lower number of Double and Afterblows being called, as it requires a much more deliberate action to score.

A change in quality standards is suspected to be one of the larger factors in the massive improvements to the 2018 SoCal Swordfight Sword & Buckler Tournament.

This is the first one to keep track of. Fairly simple, two people hit each other. 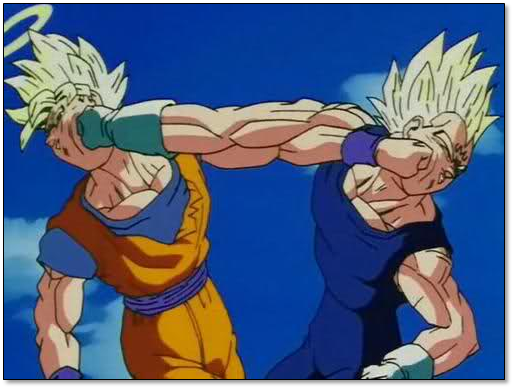 (Example: Fighter A pulls up and begins to cut and Fighter B sees the tempo for a thrust. Because B’s motion is faster, they land the thrust first and the cut from A to B lands after. However, B launched the thrust with full knowledge that a cut was coming for their head and did nothing to address it. This could be considered a Double Hit because both attacks were in motion at the same time, ie. no one was defending.)

Naturally, your definition of the Double Hit and the tempo you are using are going to change things significantly.

The afterblow is an attack that is delivered by a fighter who has been struck before hold is called by the director/referee.

It is generally considered undesirable to have a high number of afterblows in a tournament, as it indicates that:

It’s hard to say what a good afterblow percentage would be. While lower is generally considered better, too low would probably indicate that fighters are not earnestly attempting to land afterblows, and thus not forcing attackers to withdraw safely. So there is a lot of work yet to be done on quantifying this front.

If my description of the double hit made you realize it is difficult to compare events, the afterblow is significantly worse. First of all, what is the line between a double and an afterblow? There is no concrete definition, and every event does it slightly differently.

Second of all, how long does the afterblow window last? I have seen all of these used as definitions, and I’m sure there are way more out there.

What constitutes an ‘action’? Difficult but not impossible to define. What is a tempo? Largely the product of who you ask.

A bilateral hit is any exchange in which both fighters hit each other. Essentially this means doubles and afterblows.

This is a convenient measurement because it eliminates the whole Double/Afterblow timing boundary, they both just go in the same bin.

While we don’t have to keep track of the timing difference between a double and an afterblow, we do have to keep in mind the difference in the cut-off for the afterblow. A longer afterblow window means more time for Bilateral Hits to land, which will push the overall number up.

Wrong Turn: Are all bilaterals equal?

Do these numbers swing a lot independently, or are they more or less static? I don’t know, but writing this made me excited to dive in and have a look.

More reading: Bilaterals per Exchange and the Afterblow

A No Exchange call is a catch-all term for anything that doesn’t score.

Usually it is due to one of the following: 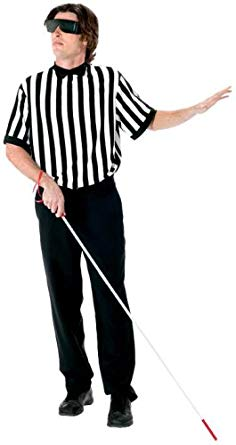 Clearly not all of these scenarios are equivalent. A high number of No Exchange calls can mean anything from inadequate judging skill to very good judges who don’t let fighters get away with their crap strikes.

Wrong Turn: Just about everything

What do you do with the No-Exchange calls? If the bulk of your no exchange calls are because judges can’t agree on Double/Afterblow timing then they can probably swing your BpE significantly. But by how much? At this point there isn’t a good way to estimate how to handle them. I was concerned about them quite a bit when I started doing number analysis on tournaments, but after a few events keeping an eye on it (once again, anecdotally) I felt that they tended to follow the approximate distribution of scored attacks in the tournaments. So I now ignore them, but the book is hardly closed here.

Also worth noting is that many events are starting to separate “No Exchange” from “No Quality” calls. In addition to making it much better to data mine, it offers important feedback to the fighters. 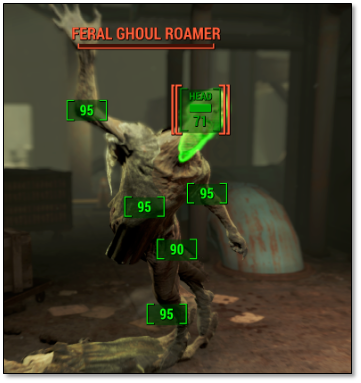 Most tournaments offer different points for hitting different targets. This is nice from an analysis point of view, because you can gain a little more insight into what happened. Often this just gives you enough information to make some guesses, but not confirm them.

Recently, a few events have begun to have judges call exchanges as they see them (Thrust to the Head) and have software assign the points. This is data gold, and makes things really nice! One can only hope that this catches on.

And I use this how?

There aren’t really any standards on how to do HEMA analytics. Heck, I don’t think there is anyone else out there doing it*. But as more people become interested, we need to begin developing some ‘norms’ in how we treat data, and always being aware of the intrinsic limitations of the numbers we are using.

And that’s not even considering all the other qualities of a good tournament that numbers aren’t even close to capturing!

*In between writing this and publishing it I found out that the YouTube channel Turul HEMA has started to do some. Check them out!