When understanding equipment, it’s important to have a basic understanding of material properties and — most importantly — how they interact. So I’ll try and plow through some quick explanations, while hopefully being funny enough to entertain you. Most of my examples will be using swords (made of steel), but the same properties are applicable to any other material you want to make your safety equipment out of.

(All the definitions are from Wikipedia, which in turn ripped them off from various material science textbooks.)

Elastic deformation is when you deform something enough that it goes back to its original shape when you stop doing whatever you were doing to it.

Plastic deformation, on the other hand, is when you bend/smush something so much that it doesn’t go back. An example of this would be bending a sword too far in a thrust, and not having it return back to straight. So the next time your sword takes a set, think of elastic vs plastic.

“Stiffness is the rigidity of an object — the extent to which it resists deformation in response to an applied force.”

The stiffer something is, the harder it is to bend it. That was easy, hope you are warmed up now.

The opposite of stiff is compliant. It is not ‘elastic’.

Fun Fact #1: All steels are just about the same stiffness! In terms of stiffness, it doesn’t matter how it’s tempered or what type of steel you are using. (For just about everything else, it matters a great deal.)

“Elasticity is the ability of a body to resist a distorting influence and to return to its original size and shape when that influence or force is removed.”

This means that after you bend/stretch it, it goes back to its original from… like an elastic band. Things that have a high elasticity will undergo more elastic deformation (duh) before succumbing to plastic deformation.

The reason that it is not the opposite of stiffness is that you can have materials which are very stiff but still have a lot of elasticity. If you take a handful of elastic bands, they will be much stiffer than a single band, but just as elastic. 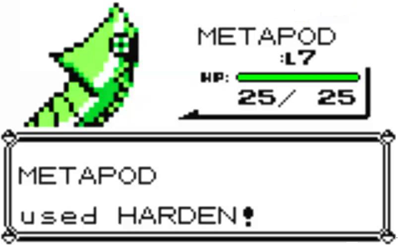 “Hardness is a measure of the resistance to localized plastic deformation induced by either mechanical indentation or abrasion.”

….that probably wasn’t super intelligible. What it means is that if something is hard, it will likely take a lot of effort to do something like scratch it. There are many different hardness scales, the one typically associated with swords is the Rockwell C scale(HRC)

The opposite of hard is soft.

Fun Fact #2: Some good things we get from having really hard swords:

Not-So Fun Fact #3: If you make something really hard, you tend to make it brittle

“The yield point is the point on a stress–strain curve that indicates the limit of elastic behavior and the beginning of plastic behavior. Yielding means the start of breaking of fibers.”

In sword terms, this is how much you have to bend your blade before it doesn’t come back to straight. In the image below, the sword has been bent but returns to straight. This is because the steel hasn’t been bent enough to reach the yield stress.

Now, if the sword bends too far, the stress in the steel will increase to a point where it doesn’t go back. This means that the stress has exceeded the yield stress.

If reading wikipedia definitions was engaging and clear, you wouldn’t need me. What this means is that the tougher something is, the more bending it will take before it breaks.

A tough sword will take a set (and have the possibility of being straightened and used) where a lesser sword would simply snap in half.

The opposite of tough is brittle.

If a material fails at its yield point, it is known as brittle. This means that rather than deforming, it simply snaps.

In the plot above, you see that both materials have an elastic region and a corresponding stiffness. Everything does.

The major difference is that steel can be bent a lot further before it reaches its yield point, and that it will continue to stretch after its yield point.

Fun Fact #5: Steel is over 4 times as stiff as concrete. 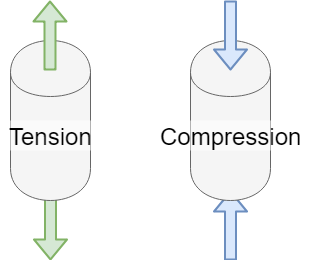 Ever wonder why there is steel embedded in concrete? Since this is a one sided conversation, I’m going to assume you said yes.

A property brittle materials have in common is that they are bad in tension. Something like cement is great for supporting weight. But on the flip-side, its inability to handle tension forces is why you see sidewalks crack all the time; the shifting of the ground causes part of the concrete to have a tension load and break.

To supplement this, we embed materials which are ductile — like steel — into the mix. The steel can take the tension loads, while the concrete carries the bulk of the compression load.

Some people may also be confused by the use of the term ‘brittle’ and ‘concrete’ in the same sentence. After all, isn’t concrete fairly strong?

Remember that the term brittle doesn’t mean weak, even if we tend to use it that way in conversation. It just means that it breaks rather than bends. When is the last time you saw someone bend concrete into a new shape? 😉

An interesting thing happens if you take a long, thin object and twist it. Through the magic of math, instead of a torsional force we can break it down into two linear forces acting at 45° to the long axis of the blade. One force in compression, one in tension.

Which probably seems kind of un-interesting to you.* But it does have a really interesting application to HEMA. I promise.

*If you found that interesting, perhaps you should consider a career in engineering.

Remember what we said above about brittle materials and tension? It’s a no go.

The ductile material shears straight across — after all, a straight line is the closest way across it. But the brittle fracture happens at an angle and produces a sharp edge. What do we use in HEMA that is long, thin, metal, and we really don’t want to break with a jagged edge?

If a sword is well tempered so that is not brittle, the blade will break so that it is flat. After all, is it easier to shear through 18 mm of steel, or 25 mm of steel? Even if you can’t do trigonometry, nature still finds a way to not do more work than it has to.

If the sword — or a portion of it — is brittle then it will:

Now, this isn’t to say that a brittle sword will only break sharply. That is just one of the ways it can break. But a non-brittle blade won’t break in this way, it will first bend and then break across its length.

The science behind why a material will have these physical properties is a topic for another day. Long story short is that, for steel, it has to do with the steel grade (there are like a million different types of steel) and how it is tempered.

This just serves as an introduction to some of the vocabulary that is used to clarify which material properties you are talking about. And even if you aren’t interested in being able to understand your gear a bit better, you can try to remember at least one of these to pop into a conversation and show how smart you sound.