A curious individual posted the following on Reddit, looking for information:

Answers were what you would expect: it depends on how you quantify it, and there is no definitive way to say. Which is true. While I could come up with a formula that will give me an answer, what it shows would mostly be a result of how I set up the question. What does highest level mean? (The original poster did elaborate more, but without strict mathematical criteria it will always be vague.)

But reading the headline made me think of an even more unhelpful way of quantifying the answer to this question:

Yes, you heard that correctly

Even though I’ve determined that I’m writing about geographic elevation, there are still more questions that have to be answered. What exactly am I quantifying? A simple answer would be to rank all countries by average elevation, and be done with it.

Of those, Chile is the first country on the list that I even know of HEMA operating in. But, a quick search of the HEMA Ratings database puts Afghanistan in the leading contender spot for highest level HEMA country in the world.

I’ve given the lazy answer, but we can go a little deeper down this ridiculous rabbit-hole. Let’s not look at the highest average elevation, but the highest specific elevation where people are doing HEMA. There are two ways to approach this problem:

To anybody who thought I would take option 2: 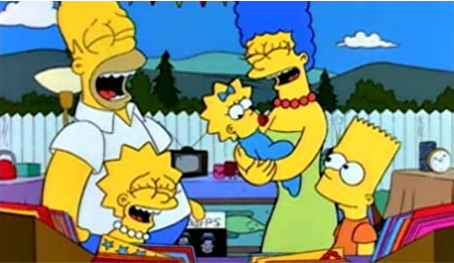 So let’s get down to it.

Methodologically speaking, we’re on pretty shaky ground here. To start, I’ll look through all the HEMA Ratings tournaments with more than 30 longsword fencers. Why that number?

After I had the list, I went through and used Google to try and get an average elevation for each location. Taking the first piece of information I found.

But wait, it gets better. About ⅓ of the way through I discovered whatismyelevation.com was a thing! The future is wonderful.

And if we have a look at the tournaments with the highest elevations: 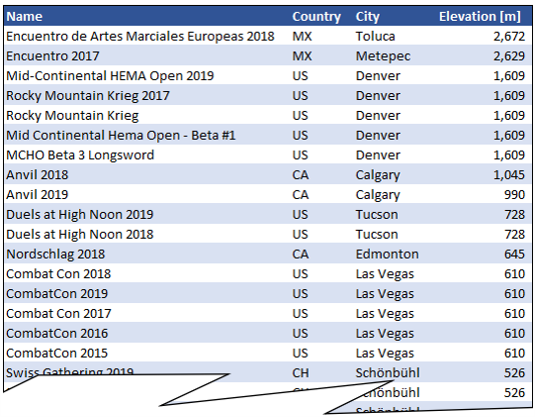 We see the interior North American tournaments completely dominate this list. Come on Europe, you can do better! I know you have mountains. And as a matter of fact, we as a community really like to fight low. 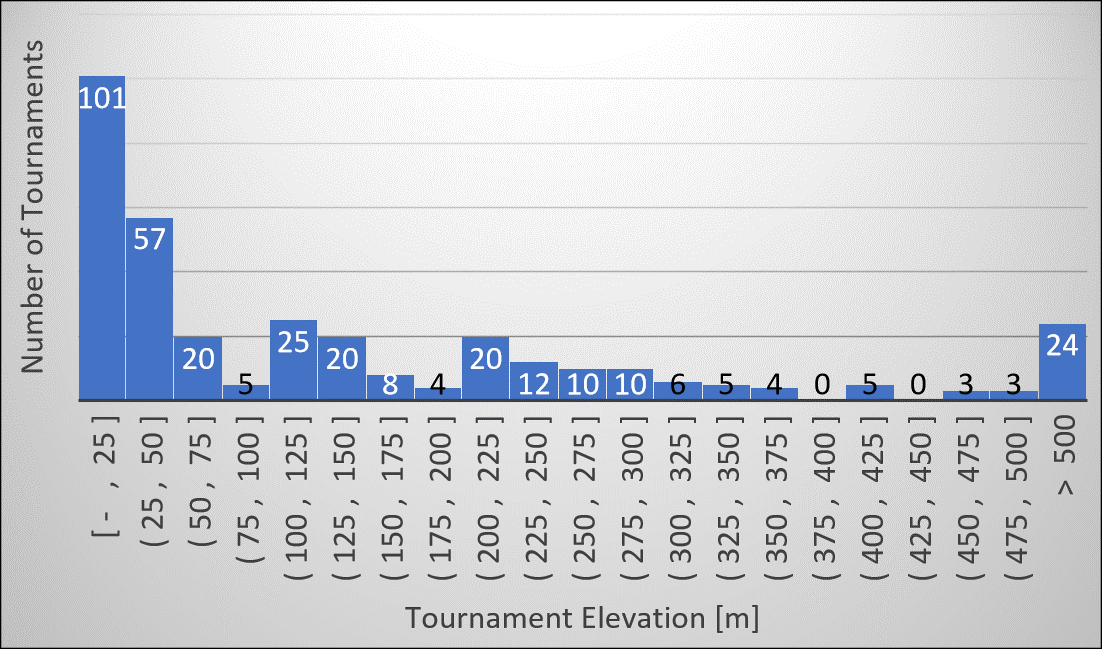 Of course this is mainly a reflection that most cities happen to be coastal. Which, by definition, means a low elevation. It is also interesting to consider that climbing to the 5th floor tournament hall for the 2019 European Games was more of an elevation change than a whole lot of event cities.

Sidebar: What is ‘Sea Level’

Fun fact: figuring out exactly what “sea level” means is not an easy task. If you think about it for a little bit you realize that factoring in such things as waves and tides might be a little tricky. But that is just scratching the tip of the iceberg.Do you know that the gravity of the earth isn’t evenly distributed? While it isn’t so much that we would ever notice it, it is enough to produce an effect on the 1.8 yottaliters of earth’s sea water. So the oceans actually contain “flat” spots, in areas where the gravity is particularly strong.

Want to know more: NASA – Sea Level 101: What Determines the Level of the Sea?

*yotta = 1024 (If you aren’t insulted by me assuming you didn’t know that off the top of your head.)

What happens if we look not only at the elevation, but quality of competition? This first step, as always, is to get a nice reliable data dump from HEMA Ratings…

So how do we go about doing this? In short, I don’t know. I tried several variations and formulas and don’t seem to have one that balances things to produce an interesting result. We see either:

1) Elevation dominates. Anything in Toluca, Mexico or Denver, USA is just so much higher than every other tournament that it doesn’t matter who is even competing there.

2) HEMA Ratings dominates. Powerhouses like European Games, Swordfish, Longpoint and Tyrnhaw just have such deep rosters of talent that they rise to the top by sheer depth of field.

And now I am just back to the difficulty of the original question: how would you rate the level of a participant. Even when I’m looking at pure numbers (which are a far cry from a fully encompassing measure of HEMA ability in a region/country) it is a hard problem.

I would normally say that I hope you learned something. But I really hope you don’t take anything from this to heart. At least I sort of answered the original question? ¯\_(ツ)_/¯