Something that a lot of people are really bad at (other than HEMA) is evaluating risk. This isn’t just in relation to martial arts, it’s everything in your life. But I don’t care about the rest of your life, I just want you to make smarter HEMA decisions.

I first wrote this article using some HEMA injuries as the examples, but realized it had two major flaws:

So instead we are walking down the street to the store. 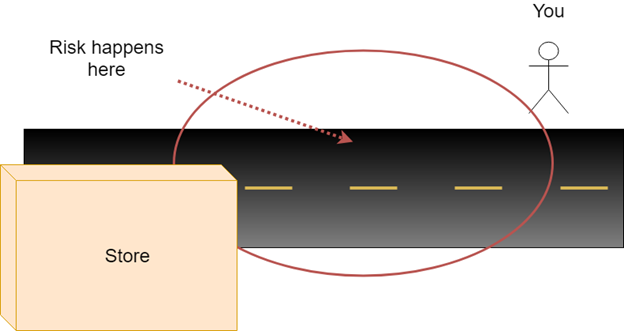 Severity is how bad the thing is. This can be a little bit tricky, as with injuries it’s not as simple as applying dollar values to things. (But if you are doing this from an insurance or safety engineering point of view, you kind of have to.)

Let’s brainstorm about what might happen to us on our happy little trip to the store.

In this example, much like reality, I don’t care what people think of my appearance.

You’ll notice that no matter why you are hit by a car, it’s equally bad. But that doesn’t mean that they have the equal risk, because we have to factor in the probability.

Simply put, probability is how likely something is to happen. You can express it in percentages, but (hopefully) your probabilities are so low that this becomes a little awkward. Instead of writing 0.004% it’s often clearer to write “1 in 25,000 trips”. 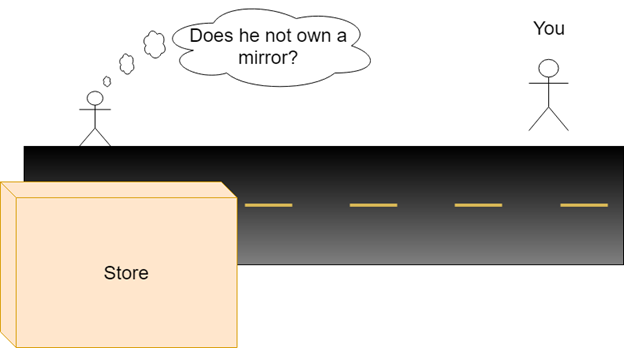 And now, knowing how complicated engineers like to make things, we arrive at the formula for risk.

(I multiplied the final values by 1,000 to give a nicer scaling.)

*When doing this for real you would normally have weighting factors, or map probability and risk to a score value. It’s a whole discipline of its own which I am grossly simplifying.

Based on our risk analysis (which you should be sure to do every time you leave the house), we can see right away what we should worry about:

Being hit by a car swerving onto the sidewalk is a very low risk outcome, we should be way more concerned about losing our wallet. If we had to choose between buying new shoe laces to stop tripping all the time or a reflective vest to stop from getting run down by cars, we should spend the money on the reflective vest.

Also, despite the fact that everyone thinks I am terribly un-fashionable, it is low risk because I don’t care.

And now we run into the bane of the engineer. Perceived risk. Ugh. 🙁

This is how typical (lesser) humans make their decisions. Most people have very vague understandings of the actual risk of most activities. It is well established that flying is safer than driving. Which one do people worry about more?

There are many reasons why people believe what they believe, but a big factor is perceived control of the situation. Let’s take the example of getting hit by a car. Getting run down on the side of the street is far less risky than getting hit while crossing the street, but there is one difference.

When crossing the street you are actively engaging in the process. You feel that you have control of it. Being run down on the sidewalk requires little to no involvement on your part. 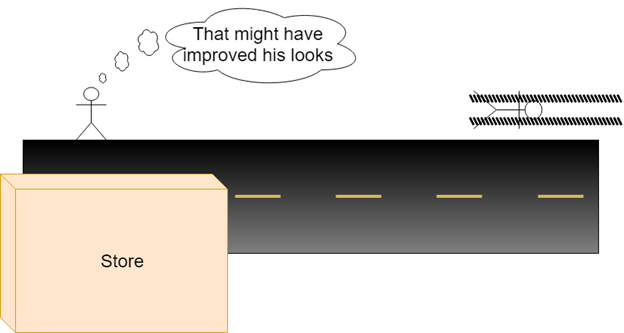 As a rule of thumb, in order to feel equally safe, people require a tenfold decrease in risk for every level of control they give up. If you are driving, there is a chance that someone else might do something stupid and get you killed, but you also have some ability to actively prevent that. If you are in a self driving car you –as an individual– lose that level of control. Even if the risk is 5x lower in a self driving car, you will likely feel that it is riskier than driving yourself!

This also works the other way. If you are driving off road, you feel that you have complete control and agency in the situation, so you will likely feel equally ‘safe’ doing something that is 10x more likely to get you killed than you would accept on the highway.

Or to put it another way, even if your self driving car is 50x as safe as you are, you will still think it is more risky!

Wasn’t this supposed to be about HEMA?

We should begin looking at HEMA safety in a more objective way. As HEMA is growing up, the equipment standards are getting more and more formal, and people are demanding more in terms of safety. The problem is that no one is really clueing in on what exactly are the riskiest parts of HEMA.

There are things that are big and scary, like a broken blade stabbing someone. But what is the probability of that? Is it a significant risk that we should be concerned with, or is it just a high severity outcome that is exceedingly unlikely to happen? Most of our concern with this comes from sport fencing, which uses weapons with a very small cross section compared to ours. I only know of one serious HEMA incident with a broken blade, and that was with both a blade and ‘jacket’ that no one in modern HEMA would consider remotely acceptable.

As we are developing gear standards, we need to be better at understanding and quantifying the risks associated with HEMA. This will help us avoid nonsensical standards based on hearsay, and will help us identify the real problems that we need to be addressing. Who knows, there may be real problems that we are ignoring in favor of things that feel scary.