Some tournaments have this crazy idea: rather than count up when someone hits another person, they count down whenever someone is hit.

Would you be surprised to hear that I actually think that’s better?

“Hit and don’t be hit”. We’ve all probably heard this more times than we can count. If someone is ever looking for a quick soundbite of what good fencing looks like, it’s this. And the “don’t be hit” part is one of the difficulties with modern protective gear, and doubly so for tournaments.

With protective gear people are generally not very afraid of the weapon. Which is natural, you know that you are unlikely to suffer serious injury sparring. (And if you are, you are going waaay too hard for your equipment.)

Having a sword pointed at your face when you are wearing a fencing mask isn’t all that intimidating. Point the same sword at your weak mask-less face and it’s a lot more disconcerting. And it makes an even bigger difference if it’s a sharp sword that’s menacing your feeble face. 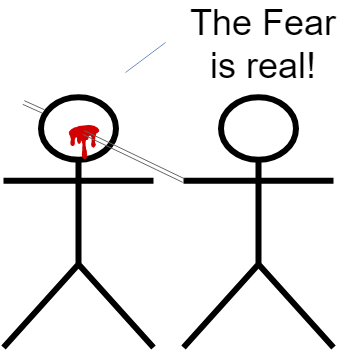 Tournaments take this problem to the next degree. After all, to win a match you don’t need to stop them from hitting you, you just need to make sure that you can hit them more. It’s all too easy to lose respect for what our sword simulators are supposed to be simulating*. And if people are sparring without this concern it becomes very difficult to practice as a martial art, rather than a new spin on existing sport fencing.

(For the record, using no protective equipment introduces just as many new problems. The Myth of Control.)

This can be applied to just about any tournament format. We can take an exchange:

Exchange: Fighter A hits Fighter B in the head for 2 points. 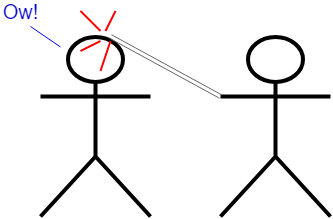 And flip it to:

Exchange: Fighter B is hit in the head and loses 2 points.

In this article I will call the former, conventional approach “Reward Scoring” and the latter “Punishment Scoring”. Strictly speaking Punishment Scoring doesn’t have to be point deduction. I’ve seen tournament formats that count up when you get hit and the fighter with the lowest score wins. Like golf.

This change isn’t exactly super complicated and can work with every tournament ruleset in existence. Why do I like it?

Both of the exchanges I gave above are exactly the same, from a scoring point of view. One fighter now has a 2 point advantage over the other fighter. You might think, “people are smart and rational, they will base their decisions on the numbers.”

People do not act rationally. There’s a ton of of subconscious emotional investment in decision making that tends to drown out what actually makes sense. If you want to learn more about how the human mind actually works, I recommend Thinking Fast and Slow by Daniel Kahneman.

People behave differently when faced with losing something as opposed to gaining something. Take an experiment conducted by David Kahneman and Amos Tversky [1]:

These are mathematically equivalent, A and B are both expected to be worth $1,500. (If you’re not into math/stats, just take my word that A and B are the same.) In this case people overwhelmingly chose B.

People think differently when they think about losses vs gains!

Part of why this works is because of another important controller of human behavior: the Reference Point. Given the scenarios listed above, the major difference is that in the first one people consider the starting point to be $1,000, and the second, $2,000. Changing the starting point affects how people think. Our brains literally don’t work the same way when we are thinking about avoiding a loss vs when we are thinking about securing a gain.

So starting both fighters at 9 points, and counting down to zero does not work the same way as starting from zero and declaring the winner at 9 points. Yes, on paper it does. But that is not how the human brain is wired to work.

Now, I imagine my demonstrative strawman saying: “that only applies to the general population. When people are in high stakes sport situations, game theory takes over and people see through to the best option. Counting down presents the exact same game theory outcomes as counting up. People who want to win will see right through and not be influenced by things like loss aversion!”

Devin Pope and Maurice Schweitzer thought the same thing, and this is what they came up with:

“Although experimental studies have documented systematic decision errors, many leading scholars believe that experience, competition, and large stakes will reliably extinguish biases. We test for the presence of a fundamental bias, loss aversion, in a high-stakes context: professional golfers’ performance on the PGA Tour. Golf provides a natural setting to test for loss aversion because golfers are rewarded for the total number of strokes they take during a tournament, yet each individual hole has a salient reference point, par. We analyze over 2.5 million putts using precise laser measurements and find evidence that even the best golfers—including Tiger Woods—show evidence of loss aversion.” [2]

Now, this effect on loss aversion in professionals is quite small, only about three and a half percent. But it exists!

(Also you can be thankful that I write in a delightful colloquially self deprecating style instead of dense academic text.) 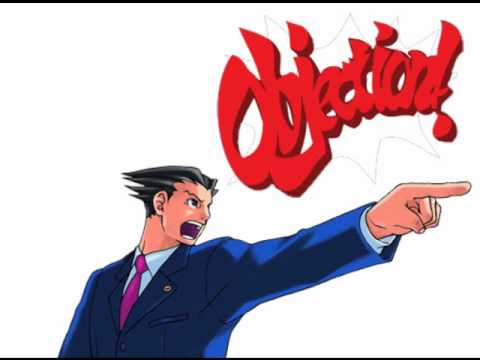 So, on the off chance that my wonderful arguments haven’t sold you here are my responses to a few of the objections that have come my way.

Objection 1 – It’s Too Hard On Judges 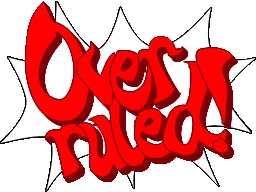 Judges just have to call what they see. This does not change.

In conventional systems the referee/director might have a bit of a learning curve in reporting the points correctly to the table, I’ll give you that. But it shouldn’t be any more difficult than going from one scoring system to another.

Why do we have directors tabulating numbers in the first place? Can’t they just tell the score table what happened? (eg. B hit A in the head, and received an afterblow) Directors have a TON of things they have to keep track of, counting numbers shouldn’t be one of them. The table has very little responsibility, and are a way better place to handle this.

I consider that a feature, rather than a bug.

We are using sports tournaments as a martial arts tool. If we are doing something that makes people aware that the tournament isn’t functioning like a typical sporting event, is that really a bad thing?

Innovation is our friend here. While some are interested in creating a sub-branch of sport fencing with different equipment, that’s a completely different topic.

Given how simple it is to implement, I think that doing Punishment Scoring is a more logical choice than the current practice of Reward Scoring. But to be abundantly clear:

Switching to Punishment Scoring from Reward Scoring will not fix anything that is broken.

I’m not a snake oil salesman making crazy claims here. At most it is going to have a slight subtle shift in participant behavior.

But everything is built on a foundation of slight subtle shifts. If we as a community of martial artists are looking to create sport tournaments that are martial arts tools, we need to use every trick in the book to help influence community and culture.

So while this isn’t going to radically change the game, I think constantly reevaluating small choices like this is something that we need to help steer tournaments in the correct direction. We’ve inherited quite a bit from modern sports, and it has allowed the competitive scene to develop rapidly and for an explosion in HEMA numbers and talent. But now maybe we should slowly start to question some of the assumptions that work well for sports, but maybe not as well for martial arts.