I’m going to start this article by first clarifying what I’m not going to be talking about.

You may have heard of the concept of ‘open’ and ‘closed’ skills. This is a theory of human skill development which differentiates between:

Because closed skills don’t have changing external conditions, the keys to success are on a high level of internal control and focus, whereas in an open skill most of the focus is on the environment. At a macro level there is also a distinction between closed and open sports. A sport like hockey is obviously open, as it is a dynamic and ever changing environment; whereas throwing a discus is closed. (Fighting is obviously an open skill, which is why a heavy emphasis in honing the performance of closed skill components can only help so much.) 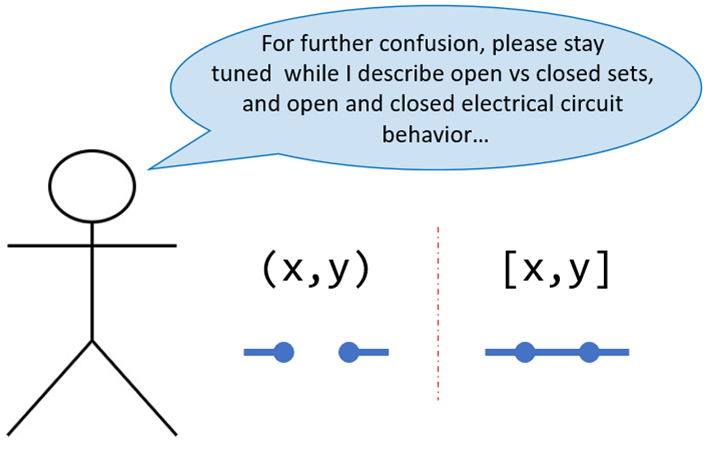 In open loop control, you adjust the input, see what you get, and then if it’s not exactly what you want you fiddle with the input. If you hop into a car without automatic climate control you’ll see a knob which goes from blue to red. You don’t get to choose the temperature you want. You’ll most likely under- or over-shoot your desired temperature and have to adjust from there.

A closed loop, on the other hand, has a target as the input. You tell your car to set the internal temperature to 298 Kelvin (we should all ensure that our cars are set to the SATP specifications at all times). The car’s internal controller then decides what temperature the fan output should be. If the temperature of the car is far away from the target it will pump in a lot of heat/cold. If you are close to the temperature it will dial it down, and allow the temperature to stabilize at your nice comfy and standardized conditions.

A key term to understand is Control Error. This is the difference between the target and the actual. If you live in a particularly chilly part of the world and find your car at absolute zero first thing in the morning, the Control Error will be -298 Kelvin. Which would then cause the car’s heating system to go nuts, and pump out as much heat as it possibly can. If you get into the car after work, and the closed windows have heated the car up to 300 Kelvin, the control Error is only +2 K, which will produce only a very light air-conditioning effect.

When you are in a car with the heater cranked all the way up and it starts to overshoot your comfort zone, what happens? You turn it down, i.e. change the input.. Though the car doesn’t have a closed loop system built into the air conditioner, we’ve made a much bigger closed loop. And you are in it! 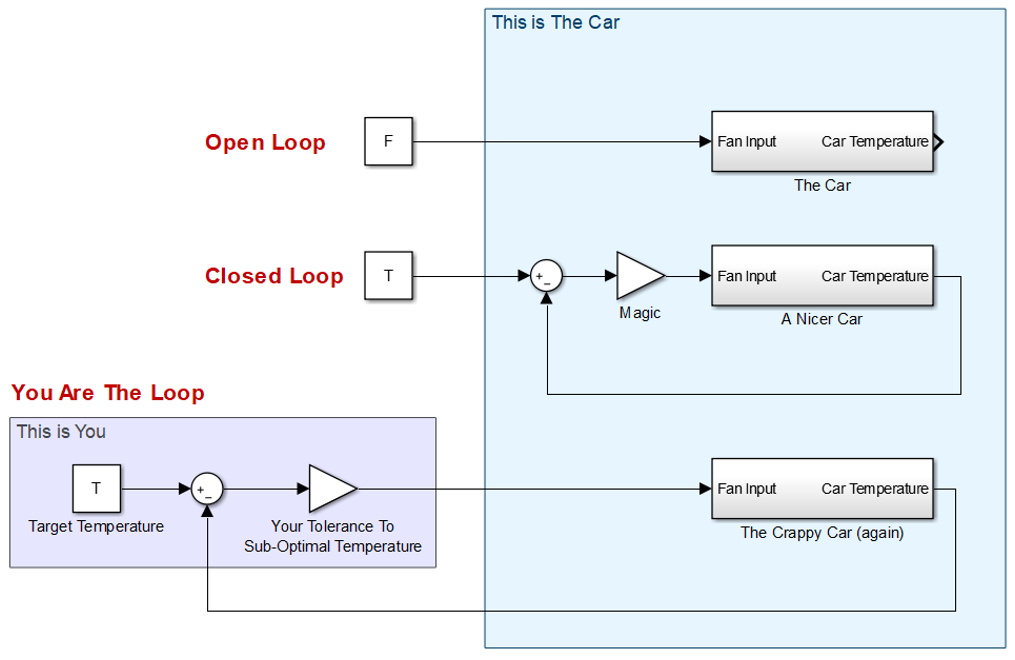 How finicky you are will affect how tightly the temperature is controlled. You may be constantly fiddling with the knob to get the climate exactly where you want it, or you may be of the “close enough” mindset. This is also true for the controller in closed loop control. How it is programmed – how finicky it is – will make a big difference in how the system will ultimately respond. But that’s complicated and I just labeled it magic. 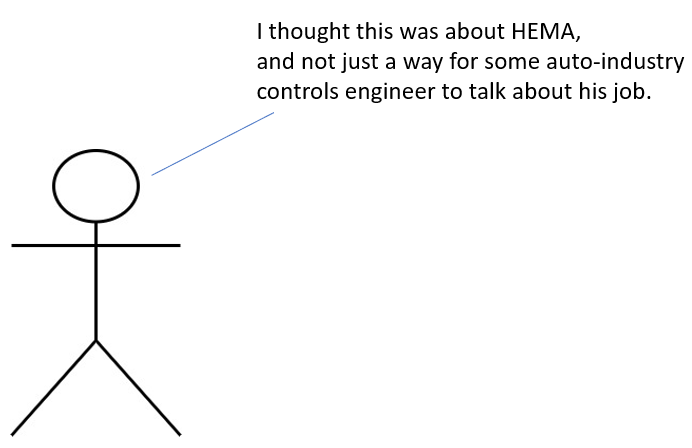 Imagine throwing a simple descending cut against your opponent. Depending on their reaction you probably will want to do different things. For example:

Now do the same thing with your eyes closed. You will find it makes the chart much simpler 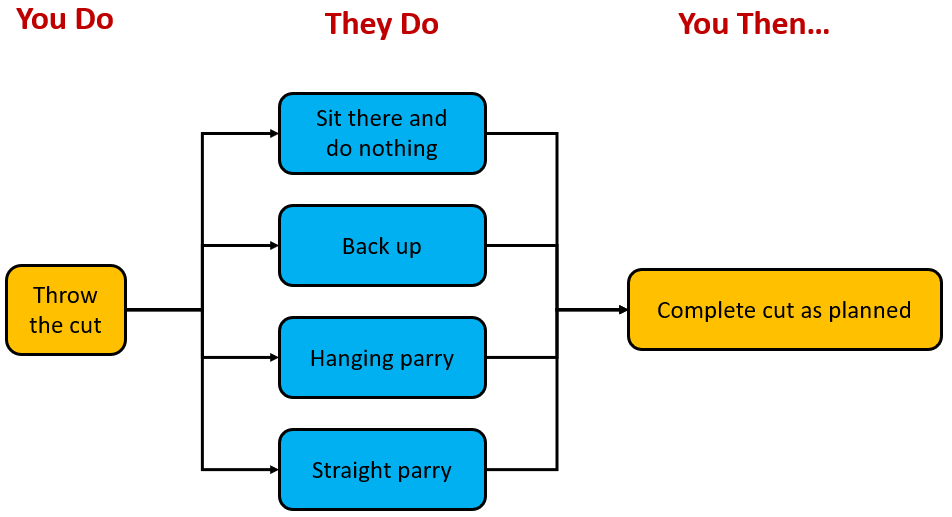 With your eyes closed you are forced to rely on Open Loop control. You took what you wanted to happen (cut your opponent) and acted on it. And you have no feedback for how it went, and how to adjust your actions accordingly.

When put in the context of eyes open/closed* the idea seems blindingly obvious**. Of course with the eyes closed you can’t react. Yet people engage in this type of behavior all the time, even if their eyes are ostensibly open. How many times have you done a feint -> attack combination at a speed where you had no way of changing up the attack if they didn’t react properly to the feint? Open loop control! Might as well have had your eyes closed. 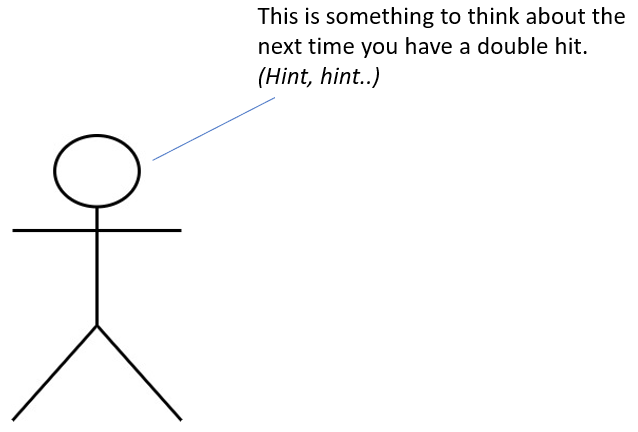 Closed loop control not only applies to external stimuli, but to internal stimuli as well. Your body has several senses which can be used for feedback on exactly what it’s doing (How Many Senses Do You Have?). These can all be used in control loops.

When doing test cutting the beginner swings the sword at the target, and hopes that the cut will be good. When an experienced practitioner swings the sword (whether they are or are not test cutting) they are taking in sensory information and using it to make slight corrections to things, from the blade’s edge alignment to the angle of their joints. All of these micro-corrections combine to produce a quality attack. This is why training to actually cut properly is a skill in and of itself. It must be developed in addition to whacking someone with a blunt sword simulator.

As you may have guessed the time for these corrections is very small. Fractions of a second. This is far faster than you can consciously process, and you need to have your body trained to perform this closed loop correction automatically. In order to do so the body must:

This isn’t easy. It is why we train.

Based on what I’ve written above you might be tempted to think of internal loops as fast subconscious control loops, whereas external loops are slow enough that we have time to consciously think about what we’re doing. And you would be WRONG! Assuming that you have time to think about the external feedback loop is a big mistake.

All of these pathways must be programmed (aka trained) in order to set the closed loop controller to do the best thing in the least time. (That’s that magic black box I talked about earlier.) You might look at a past match and think “why didn’t I just do <x>? It’s so obvious!”. The reason is that the little mental black box was not programmed to deal with the conditions. There’s simply no time to cognitively figure out an appropriate reaction.

And then you have to figure out how to train these things into yourself, and spend hundreds of hours of sweat, yada yada yada….