“Given sufficient time, oxygen, and water, any iron mass will eventually convert entirely to rust and disintegrate”

Ok, that one sounds a little scary. Fortunately your sword’s use conditions aren’t exactly going to lead it to this place. But what the heck is this rust thing and how does it happen?

While we know that rust is something that we don’t like, how many of us have ever thought about what it is in the first place?* A simple, and less than helpful, answer is that rust is oxidized iron. (Steel is made of Iron.)  After all, you’ve probably heard the term ‘oxidize’ before and never cared to learn more.**

*wow, that could be like a symbolic commentary on human nature and intolerance. Or something.

** I did it again! This article is like a loaded treatise on modern society.

Oxidation is the combination of oxygen atoms with some other atoms..

But don’t go! It’s not as boring as it sounds. You are already familiar with a really cool version of it.

Fire is the most dramatic way to get oxygen to bond with stuff. But the oxidation process isn’t always quite so dramatic. For instance, when we digest food we also do some oxidation, just on a much slower scale. (Fun fact of the day, one of the best ways to figure out how much energy, aka Calories, are in food is to oxidize it. And rather than the slow stomach way, they use the cool and fast way known as ‘Bomb Calorimetry’. This is literally setting food on fire to see how much extra junk it adds to your trunk.)

But we are talking about the slow oxidation that is rust. It’s not like fire and sword blades have a lot of cross-over anyways.

Your sword can rust any time you have:

And since there is water vapor and oxygen in the air, you are never getting away from this (a cool note about swords in space at the end).

It is also hastened by having things dissolved in the water, like salts and acids. This is why touching a blade with your bare hands can lead to rusting, the salts and acids from your skin stick to the blade and greatly increase the rusting speed.

An additional big factor in rusting is the voltage. I’ll spare you the chemistry, but effectively rusting is kind of like making your sword part of a super duper low-powered battery. And while normal batteries lose their charge because the black magic in the box gets depleted, the sword-battery draws power from turning the iron in your sword into iron-oxide.

Different conditions interact with this, because of chemistry magic, but you can give it a big boost if you want to apply some outside juice. For those of you not familiar with attaching live current to your swords (though I’m not sure why you wouldn’t be) you can make it rust REALLY fast this way.

Why would you want to do this? Electro-etching!

Do you ever find it odd how they find well preserved, and not totally rusted out, swords at the bottom of rivers and lakes? I just said that water was important to rust, what gives?

The reason is that water and oxygen are important. In air we always have a ready supply of oxygen, even if it doesn’t feel like it after an intense sparring match. But how much water the blade comes into contact with is limited. Underwater it is the opposite. Water is everywhere, oxygen is limited. And if a sword settles into some mud, or other material that insulates it for the small amounts of oxygen available underwater, it will actually end up quite well preserved.

Great, now why do I care?

I already gave you fire and electricity. Are you not entertained?

The main reason, from an engineering point of view, that rust is bad is simply that it takes away the steel. By converting the iron in steel (lookie here: Steel: What?)  into iron oxide you change the mechanical properties. And iron oxide, aka rust, is basically useless from a structural point of view. In effect you can say that for every spot of rust you get on the sword you have just shaved off that much metal.

You can even see this in the close up profile shot of my rapier blade etching. 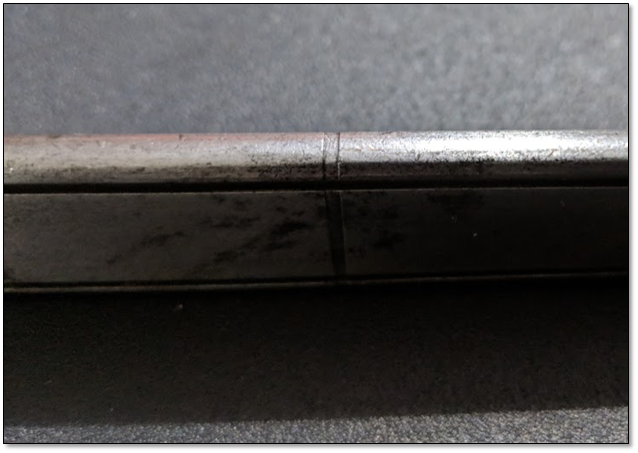 Are these tiny bits of of rust going to make a big difference in the durability of the sword? Not really. They just look bad. It’s only when you start accumulating huge amounts of rust that it starts making a difference.

Ever find it odd how rusted swords are so gnarly shaped? One of the reasons is that rust has a lower density than steel, meaning it takes up more space. Almost 50% more than steel in fact. Effectively a sword is ‘growing’ as it is rusting out. This is combined with the fact that the rust is fragile and can get worn away from the surface fairly easily, preventing it from ballooning too much…

The first thing you can do to help keep your sword free of rust is to keep it from coming into contact with any chemicals* that accelerate the rusting process. Keep your grubby fingers off it! If you are cutting with a sword you should clean it promptly.

Application of coatings to the blade can also be helpful. They work in two ways. The first is to create an insulating layer on the surface of the steel, to prevent moisture in the air from getting to the blade. The second way is that they can actually displace any traces of water from the blade in the cleaning process.

The section may seem to be rather cursory, and that’s because it is. I’ve given you a couple of ideas about where to start with rust prevention. It’s a huge topic, and one that can’t be done justice in a single article much less a single paragraph. I’m just here to tell you why your sword is no longer shiny.

*Water is a chemical too. And it may shock you to know it isn’t even organic.

You may think of aluminum as a non-rusting metal, but this couldn’t be further from the truth. Aluminum is a super rusting metal. In fact, it rusts sooo fast that it instantly has a layer of aluminum oxide on its surface the moment it hits the atmosphere. But because this layer is so complete it then acts as an insulating layer, preventing oxygen and moisture from getting to the rest of the aluminum. Crazy how you can have something that rusts so fast that it can’t actually rust?

Now that you know that aluminum has a surface layer of rust you know that you can never actually have the aluminum come in contact with itself. It’s just the outer layers of aluminum oxide that are touching. And it isn’t just aluminum. In all metals there is junk (scientific term) on the surface: bits of oxidation, oils, particles from the atmosphere, and even random gas atoms which get stuck before contact. So the metal atoms in each sword don’t actually really touch with each other.

But an interesting phenomenon occurs in super-clean metals in vacuum conditions. When they touch each other, each atom doesn’t ‘know’ which piece of metal it is supposed to be a part of. All it knows is that it is touching atoms on both sides, and figures it should be bonded to both. You can weld two pieces of metal together just by touching them*. It’s called contact welding, and is super cool.

I’m not a big proponent of the whole ‘sticky bind’ philosophy, but this introduces a whole other dimension… 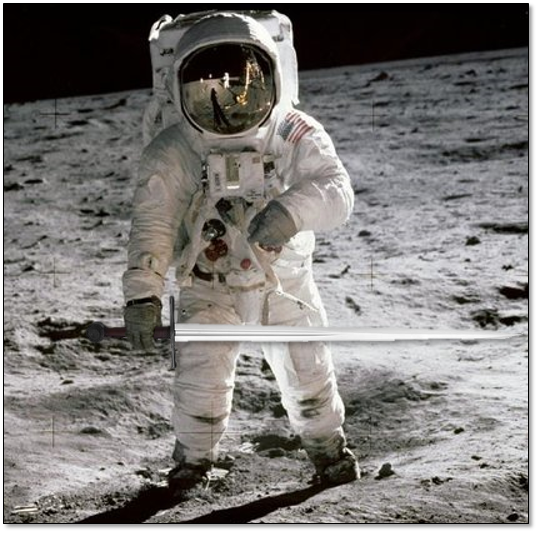 *in reality it doesn’t work quite so crazy well as I make it sound here. This whole ‘fun fact’ is an enormous simplification to justify me imagining swords in space that weld to each other.